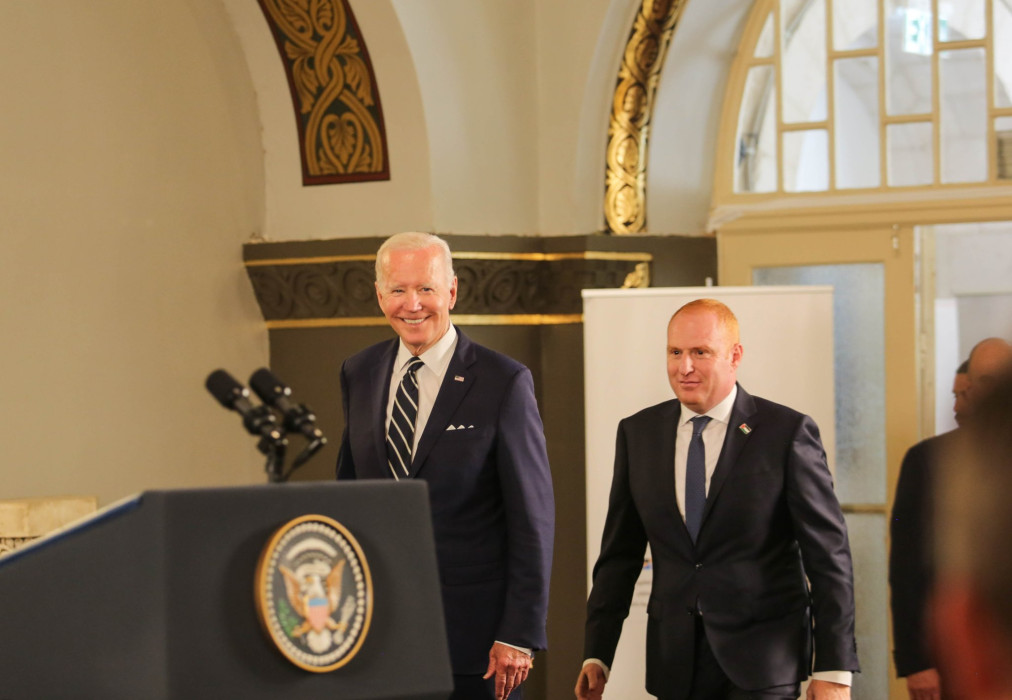 The US president, Joe Biden, visited Augusta Victoria Hospital during his trip to the Palestinian Territories earlier this morning. President Biden is the first American President to visit a hospital in East Jerusalem.

The President was received by Mr. Abdel Qader Alhusseni chair of East Jerusalem Hospitals Network, and Dr. Fadi Atrash the Secretary of the Network and CEO of Augusta Victoria Hospital, along with all the CEOs of other hospitals members of the network: Dr. Adnan Farhud, Dr. Abdallah Sabri, Mr. Ahmad Maali, Mr. Jameel Koussa, and Ms. Violette Mubarak.

In his welcoming address to the US president, members of accompanying delegation, Dr. Atrash emphasized the importance such a historic to the Palestinian healthcare sector in east Jerusalem. Pointing out the essential role of all six members in the network that is providing intensive and comprehensive care to Palestinian in West bank Gaza including east Jerusalem, this is in addition to serving as an active player in developing the health care sector incorporating all the quality dimensions as per the international best practices, while highlighting this role, Dr. Atrash reiterated the importance of keeping a high level of financial sustainability

The US President affirmed in his speech the significance of the role of East Jerusalem Hospitals in supporting the Palestinian Healthcare sector. President Biden announced a donation in the amount of 100 million dollars, he also confirmed the commitment of the United States towards the Palestinian people to receive the highest quality of healthcare with dignity.

Mr. AL-Husseini during his conversation with President Biden, stressed on the importance of this visit as it inspires hope, especially since our Palestinian people feel ignored, and they want to end the occupation rather than improve life under occupation. Moreover, the Israelis know very well that the city is not united and that East Jerusalem is an occupied city, in addition they deal with us as an occupying force, hence this occupation must end. Therefore, we hope that this visit to the region will lead to a political path that leads to an end the occupation.

The visit by the US president was highly regarded by all key stakeholders including members of EJHN and community leaders. Furthermore, the visit of the US president would not have been possible without the ceaseless effort and the good offices of community leaders including private sector led by bank of Palestine building upon its long history of corporate social responsibility toward Palestinians.